COLUMBIA, S.C. — South Carolina Attorney General Alan Wilson wants to be sure the justice system in the state doesn’t make a difficult situation worse for children who are abused or neglected. 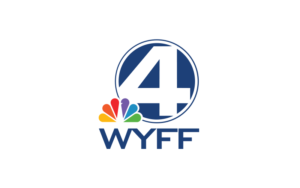 “When a child is injured, the trauma is done by the perpetrator against that child, but sometimes the criminal justice system revictimizes and retraumatizes the child,” Wilson said in front of representatives from 17 children’s advocacy centers from around the state Tuesday morning.

“Not intentionally,” he said. “But, children have a hard enough time reconciling what has happened to them.”

Wilson called the group of advocates a “network of heroes,” noting that children’s advocacy centers are “mitigating the harmful impact these families go through.”

“There’s certainly a lot of work to create a system that better supports children and families and also protects them, as well,” said JVC director Shauna Galloway-Williams.

Galloway-Williams told WYFF News 4 it’s difficult to say whether it’s getting more or less difficult to advocate for children in the state.

“We have come so far in the work,” she said. “We have a lot of innovative opportunities for providing services, a very strong connected network among the centers, the support of our state in doing this work. The challenge continues to be the number of children and families that are impacted by these crimes.”

Lee Porter, the chief program officer at Children’s Trust, said there were 20,198 founded cases of child abuse in the state in 2018. That’s enough cases to “fill 36 elementary schools,” according to Porter.

On Tuesday, Galloway-Williams announced the network of children’s advocates will get a boost thanks to a donation from Greer’s Bob Castellani and his family. The details of that donation will be announced later in April.

The goal of the resolution is to “call attention to the significant problem of child abuse and neglect.”