By Dionne Gleaton, The Times and Democrat

ORANGEBURG – While some conditions are improving for children in The T&D Region, many are still born with low birth weights and live in poor areas, a new Kids Count study shows. 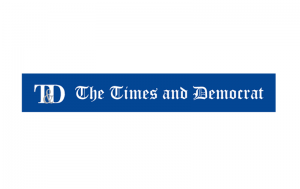 “With this data, we can work with communities to build well-being and resilience and prevent child abuse and neglect from occurring in the first place,” said Dr. Melissa Strompolis,

Children’s Trust’s director of research and evaluation.
“Community members are the key to using this data as well. They are the experts who can identify what’s working and where additional support is needed,” she said.

Calhoun County was among the counties making the biggest leaps from 2017, improving by eight spots to rank 24th among the state’s 46 counties in child well-being for 2018. Bamberg ranked 30th and Orangeburg ranked 40th.

Carissa Gainey, interim director of the S.C. Department of Social Services’ Calhoun County office, said “I think the most important thing that we’ve realized is that child welfare is not just the job of DSS, but it’s a community effort. We partner with agencies like First Steps and other community programs, and we really get the best outcomes for children.”

Based on comparisons between 2017 and 2018 county profiles, the Kids Count study revealed Bamberg, Calhoun and Orangeburg counties improved in the number of births to 15- to 19-year-olds.

“We are very fortunate that our community, the board of trustees and district administration continue to be supportive of our program. They understand the connection between young people delaying the initiation of sexual behaviors, avoiding risky sexual behaviors, contracepting effectively and school success,” Nimmons said.

While Calhoun County’s percentage remained unchanged at 0 percent between 2017 and 2018, the percentage slightly worsened for Orangeburg and Bamberg counties.

The percentage of children living in areas of concentrated poverty increased from 32.2 to 32.3 percent in Orangeburg County and from 29.3 to 30.8 percent in Bamberg County.

The data also revealed fewer babies were born weighing less than 5 pounds, 8 ounces in Calhoun County, which saw its percentage decline from 13.3 percent to 11.5 percent.

The area of education also yielded mixed results. While the cumulative percentage of children failing grades 1, 2 or 3 slightly worsened for Orangeburg County from 5 percent to 5.3 percent, it improved for Bamberg and Calhoun counties.

A Parents as Teachers program, which is provided through First Steps, strengthens families with home visits and group meetings, while a Dolly Parton Imagination Library provides an age-appropriate book each month to children through age 5 in the county, Newman said.

Countdown to Kindergarten, a school transition program, is another service provided to assist 4-year-olds with skills needed for success in kindergarten.

“We’re also fortunate in Calhoun County that they’ve been offering the 4-K program for the past 18-plus years. So once the child leaves our program, if the parent wants the child to go to Head Start, which is next door to us, they may refer them there, or we work with the school district in getting them into the 4-K program,” Newman said. “We also work with the Montessori teacher at the St. Matthews K-8 School. That classroom accepts 3- and 4-year-olds.”

“We’re required by legislation to have a representative from the school district, DSS, DHEC and the county library on our board,” Newman said.

Calhoun County First Steps stresses that the parents are a child’s first and best teacher.

“Parents are the key, and they don’t always know that,” she said.

Kids Count is a project of the Annie E. Casey Foundation. It provides data on children and families. To view the report, visit scchildren.org.

Source: The Times and Democrat