The Strengthening Families Program has a new teammate in a former Gamecocks star with a passion for giving back to kids. Neil White, who tells the stories of Children’s Trust, relays how the quarterback connected with our organization.

Connor Shaw knows something about staying strong and showing resilience on the football field. Now he’s helping young children across South Carolina do the same in real life.

The winningest quarterback in the University of South Carolina football history is teaming up with Children’s Trust to reward kids who successfully complete the Strengthening Families Program (SFP) with scholarships to his Shaw Camps in Greenville, Columbia and Charleston.

Shaw, a Flowery Branch, Ga., native who compiled a 27-5 record as a starter and led USC to three consecutive 11-2 seasons from 2011 to 2013, plans to award up to 30 scholarships in each city to children whose families have graduated from one of the SFP sites.

Now an account executive with Colonial Life, Shaw, who is based in Greenville, is eager to give back to communities that supported him during his time with the Gamecocks. He got the idea from another camp he worked that partnered with the Department of Social Services. When he decided to start his own camps that focused on improving football speed and agility skills, learning the game, competing with peers, and having fun, he was determined to find the right partner.

“You look at the Strengthening Families Program at Children’s Trust, and it takes a village. You’ve got program coordinators, you’ve got community leaders, you’ve got teachers and parents involved,” Shaw said. “The more people you can have involved, it just strengthens that bond and it allows more opportunity for those kids to have success as they grow up. It’s the same thing in sports, you have a lot of coaches involved and you have teammates involved. There are a lot of parallels. I think the partnership will be outstanding.” 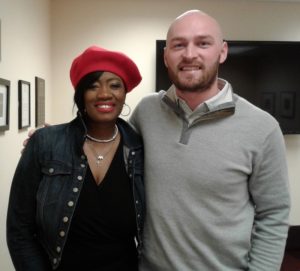 SFP is an evidence-based program that works closely with families with children ages 6 to 11 to develop positive discipline practices, stay resilient in tough times, reduce conflict, improve communications and parenting skills, and assist children with social skills, relationships, and school performance. These factors play an important role in keeping families strong while protecting against potential child abuse or neglect.

Approximately 10 to 12 families will attend the program’s 14 weekly sessions, which typically last two hours and include a family meal before splitting into parenting classes and child classes. All of them come together again for a group discussion at the end of each evening.

Children’s Trust supports SFP in collaboration with local partners in 27 South Carolina counties after launching the program five years ago with four initial sites. The organization, which has five SFP coordinators in different regions of the state, provides training, collects data and monitors the program to ensure it reaches the maximum potential for children and families. The Duke Endowment and the S.C. Department of Social Services serve as the funding partners in this effort.

“We are thrilled to have Connor Shaw partner with Children’s Trust and reward graduates of our Strengthening Families Program with scholarships to his camps,” said Sherri Caldwell, SFP senior manager at Children’s Trust. “Many of these children would otherwise never have the opportunity to participate in an activity like this one, and it serves as an incentive for them to stay committed to the lessons of SFP. Connor’s generosity is a measure of his dedication to helping kids and families in his adopted home state. He is a true winner in our book.” 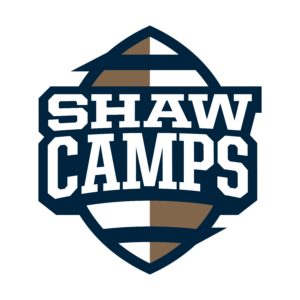 Shaw noted his camps are geared to children ages 6-13, which aligns with the ages of children in SFP. His camps are open to boys and girls, and he stated things are being taught that go beyond athletic skills. Camp coaches are using the game as an avenue to reach out to kids.

“Really, it’s just allowing them to come and compete and have fun doing it,” Shaw said. “It’s more of a speed, agility, football conditioning camp. I’ll be doing a quarterback drill, but we’ll also have footwork and ball-handling and reaction drills. So that’ll be good. It doesn’t matter if you play football, soccer or just like to come out and have fun.”

Shaw, who led the Gamecocks to three straight bowl wins, finished as the school’s leader in passing percentage (65.5%) while throwing for 6,074 yards and 56 touchdowns. He later played in the NFL for several seasons before stepping away from the game to start a new career.

The lessons of football will always stay with him, both in his insurance job and his work with kids at camps, and he likes the thought of forming a new team to relay those messages. He also understands the challenges of parenting two young children with his wife, Molly.

“I felt Children’s Trust had similar ideals to me,” he said.