(Charleston City Paper) – In 2015, 14,856 children in South Carolina were victims of abuse. Of that total, more than 11,400 were first-time victims, but as instances of abuse and neglect increase across the state, that likely won’t be the case for long. The U.S. Department of Health and Human Services reports that the number of child abuse victims in South Carolina jumped by more than 30 percent between 2011-2015. And while many people may have an understanding of the mental health issues that linger long after abuse, the relationship between lifelong physical health problems and adverse childhood experiences often goes overlooked.

A recent study completed by members of the South Carolina Rural Health Research Center, Children’s Trust of South Carolina, and the University of South Carolina set out to document the reported instances of adverse childhood experiences (ACEs) in South Carolina and their relationship to health problems during adulthood. ACEs include instances of emotional, physical, and sexual abuse, as well as household dysfunction such as exposure to divorce and separation, domestic violence, incarceration, mental illness, and substance abuse. What they found is that the interrelatedness of these adverse experiences during childhood often translates to major health problems, many of which plague the state.

“We know now from this first study that there is a connection between ACEs and negative health — both poor physical health and poor mental health — in South Carolina residents. We also know from this research that the more ACEs you have and the increased exposures you have, the greater the likelihood of negative health, both physical and mental health outcomes in adulthood,” says Elizabeth Crouch, assistant professor at USC’s Department of Health Services Policy and Management and researcher with the South Carolina Rural Health Research Center.

According to a report coauthored by Crouch, individuals who reported three or more adverse experiences during their childhood were almost three times more likely to describe themselves as having poor general health. This group was also more than three times more likely to report frequent mental distress in adulthood. From this, it’s easy to see that solving South Carolina’s public health concerns will require a comprehensive approach that is not only multi-generational in scope, but also provides access to a wide variety of services to treat these issues. 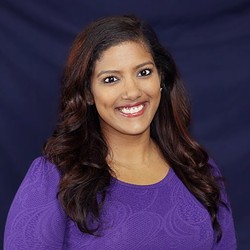 “If there was a takeaway about the inter-relatedness, it’s that ACEs occur together, so when we’re thinking about prevention, we have to think about prevention together,” says Aditi Srivastav, the adverse childhood experiences coordinator with Children’s Trust of South Carolina. “It’s not something that just the child welfare community can do together by themselves. It has to be a combination of different sectors coming together to assess the different types of adversities that a child is likely to experience.”

Looking over data provided by Children’s Trust of South Carolina, South Carolinians who reported exposure to adverse childhood experiences were more likely to suffer from heart disease, diabetes, kidney disease, heart attack, and asthma. Those who described themselves as being in poor health were more than twice as likely to have experienced at least one of the previously mentioned adversities during childhood.

As far as the behavioral risks associated with ACEs are concerned, more than 70 percent of smokers and binge drinkers reported an adverse childhood experience, as did 68 percent of those who said they never wear a seat belt. What this research shows is that the stresses of a difficult childhood can weigh on a person long after they are removed from a dangerous environment, and instability in many households can play a major role in the health problems South Carolina faces.

“We know that any kind of prevention programs, whether it be multi-generational, home visiting, or school-based programs, or whatever we can possibly do, those kinds of prevention programs are going to have short-term effects, which is what I think policy makers are always looking for. They want to know what will have an immediate return on investment. But the really important thing about this is that we have improved health outcomes for South Carolina residents in the long term,” says Crouch.

An important tool in addressing the multi-generational problem of adverse childhood experiences are home visiting programs, which offer both parents and children with direct support from trained staff. Between August 2015 and September 2016, Children’s Trust reported more than 17,500 visits to the homes of new and expecting parents and at-risk families. In those 12 months, 82 percent of post-partum women were screened for maternal depression and 94 percent of children completed their recommended doctor visits. To fund these efforts, Children’s Trust receives financial assistance through the federal Maternal, Infant, and Early Childhood Home Visiting Grant Program. Set for funding reauthorization this fall, advocates for home visiting are hoping to increase federal funding to the Maternal, Infant, and Early Childhood Home Visiting Program from $400 million a year to $800 million annually over the next five years. While this investment would mean a great deal to those hoping to provide better guidance for new and struggling parents, the long-term health care and financial benefits for states such as South Carolina cannot be overstated.

“With policy makers, they are trying to bring corporations here, like with BMW or anyone else who has come here. You want to show you have a healthy workforce. So I think with the prevention of ACEs, you’re showing the long-term effects,” says Crouch. “In the long term, you can prevent these things, have a healthier workforce and a healthier population 20 or 30 years down the road. It really is fixing things in the long term, and when you intervene with multi-generational programs, you’re improving the parents’ lives and helping them become even more productive members of society than they were before.”