Children’s Trust implements the Strengthening Families Program with 20 local partners in 24 counties in South Carolina. The sites are currently completing the spring cycle with graduation ceremonies for their participating families. Neil White, who tells the stories of Children’s Trust, covered the recent Growing Home Southeast graduation in York County. 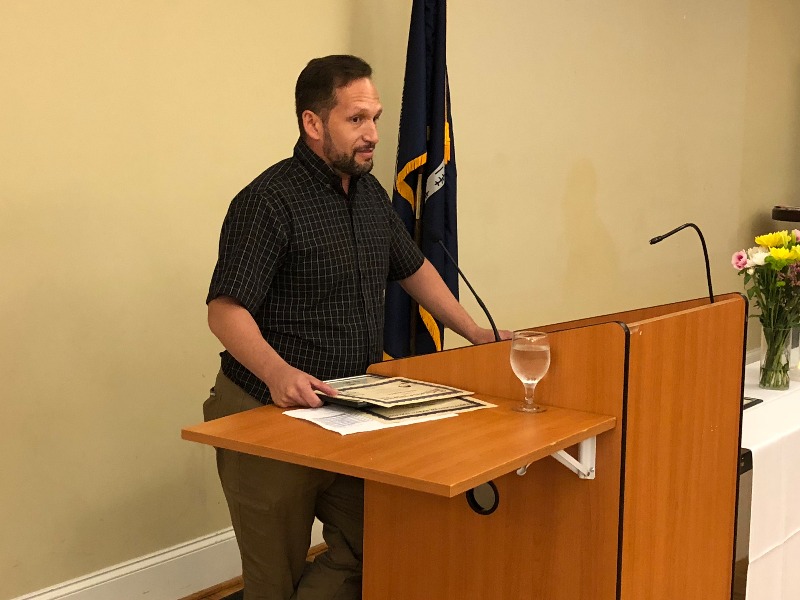 ROCK HILL – Edwin Gonzalez originally had no plans to attend the Strengthening Families Program’s 14 sessions with his wife and young sons.

A tool and die maker who works the third shift, Gonzalez had a regular routine where he would be sleeping when the weekly classes would take place. But after his wife Vanessa told him a little bit about the program, he was intrigued enough to check it out.

On graduation night May 24, Gonzalez stood at the podium giving a heartfelt speech on what SFP had meant to his family. The initial interest quickly blossomed for him into a weekly commitment, one that placed a higher priority on building a stronger family than getting a couple of extra hours of sleep.

“When I came, it was so interesting,” Gonzalez said. “This program helped me understand the behavior of my son. It helped me to become a better father. I saw the results. We put into practice what we learned weekly.”

SFP is designed to help families develop positive discipline practices, stay resilient in tough times, reduce conflict, improve parenting skills, and assist children with social skills, relationships, and school performance. All of these factors play an important role in keeping families strong while protecting against potential neglect or abuse. Gonzalez proudly admits that he is now more patient and less strict with his sons Dylan, 6, and Abdiel, 1.

“They’re just kids. They need time to play,” said Gonzalez, who delivered his remarks from the podium in Spanish and English.

Children’s Trust implements SFP with 20 local partners in 24 counties across the state through funding from The Duke Endowment and the S.C. Department of Social Services. The 2.5-hour sessions include a family meal before splitting into parenting classes and child classes. All of them come together again as a group for discussion at the end of the evening. The evidence-based program primarily serves families with children ages 6 to 11. 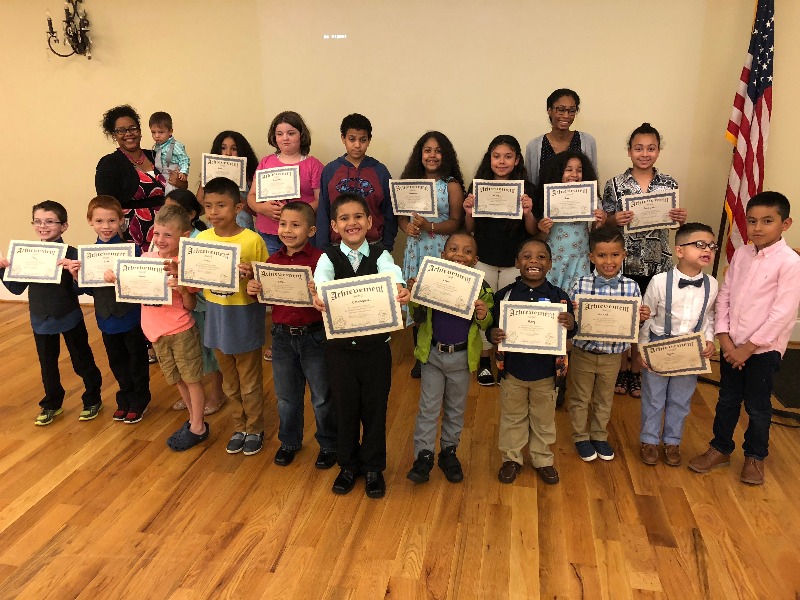 Fourteen families received graduation certificates that night at Rock Hill’s downtown Palmetto Room. The group – nine of the families were predominantly Spanish-speaking, while the other five were English-speaking – completed the program administered in sessions at the Calvary Baptist Church by grantee Growing Home Southeast, which also runs SFP sites in Horry, Lexington and Richland counties.

Lela Allen, the Growing Home Southeast coordinator for the Rock Hill site, praised the multiracial collection of families for the way they bonded over the course of the spring.

“It was inclusive. Everybody seemed to get along,” she said.

Allen loves watching both the parents and the kids begin to embrace the lessons being taught each week and hearing the stories of how the families are improving their communications skills, modeling positive behavior, arguing less, and instituting rewards.

“What I enjoy seeing the most is just the progress that’s made,” Allen added. “In the beginning, they don’t know what’s going on. They’re resistant. When you see those changes, which a lot of times comes about session seven, it’s just amazing. Then they don’t want it to end. This is a program where they actually have ownership in it.”

The program has steadily grown in South Carolina over the past four years under the guidance of Children’s Trust, which employs six SFP coordinators to manage all of the various sites. Each site has its own local coordinators and group leaders working with the parents and the children, who are generally split into a 6-8 age group and a 9-11 age group. The younger and older siblings in attendance also receive guidance from site staff.

Karen Dukes-Smith, who coordinates SFP in York County and surrounding areas for Children’s Trust, told the assembled graduates that she was inspired by all those who made the effort to complete the program, calling it a sign of how much they genuinely care for their children and families. She gave a special recognition to the seven dads who were involved from start to finish as well as the grandparents who were willing to pitch in and play a crucial role. 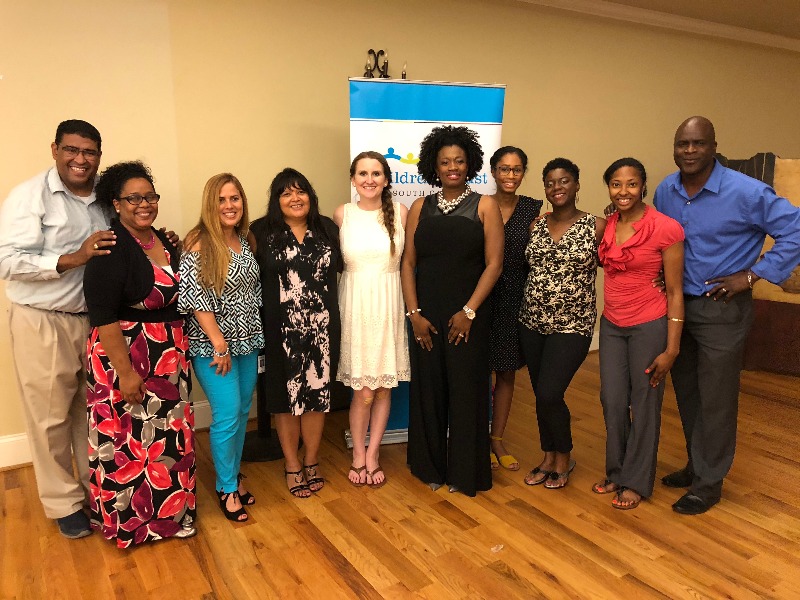 The parenting sessions teach parents to interact positively with children, which includes showing enthusiasm, paying attention to good behavior, and providing consistent and effective discipline that leads to reasonable consequences. The children’s training includes communication skills to improve relationships with parents, peers, and teachers; resilience skills; and dealing with criticism and anger through coping skills.

Andrea Guzman, whose children Eric, 11, and Leydi, 7, graduated with her from the program, has experienced less stress and developed better management skills since incorporating the lessons being discussed each week.

“I enjoyed everything. There was so much information, and I learned many strategies to get the desired behavior from my children,” Guzman said. “I learned to give better instructions. The problem wasn’t always them. It was me.”

Isaac Reynosa and his wife Vivian saw similar results with their son Johan, 6. So did Krysten Jones, who believes the program helped provide a calming effect on son Liam, 6 and daughter Locklyn, 3.

The kids also offered their own endorsements.

“What I liked was getting to know my family and how to communicate best with them,” said 10-year-old Aaliyah Davis. 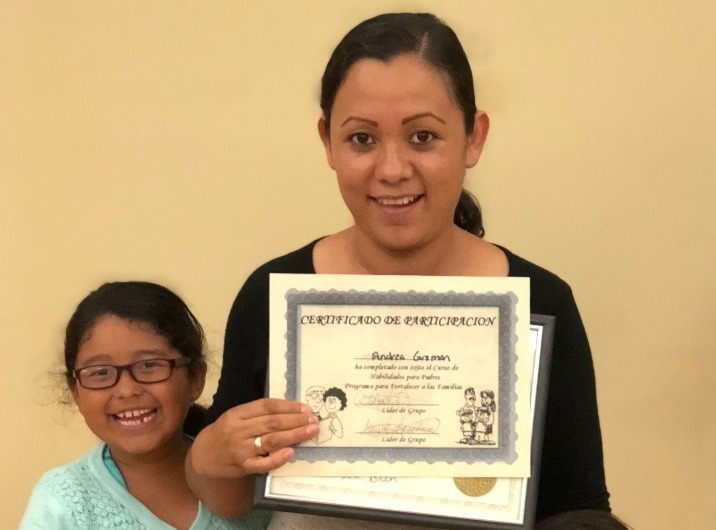