The S.C. Legislature passed an Earned Income Tax Credit for working families as part of the roads bill. The EITC is an important component of the Early Childhood Common Agenda, a policy initiative led by Children’s Trust, Institute for Child Success and the United Way Association of South Carolina.

The inclusion of the EITC will help ensure that the state’s investment in infrastructure would not disproportionately burden lower-income working families.

The EITC was a key component of the 2017 Early Childhood Common Agenda (ECCA), which annually provides a series of specific policy recommendations to legislators from a coalition led by Children’s Trust of South Carolina, Institute for Child Success, and the United Way Association of South Carolina with partners across the state.

“We have tremendous appreciation for the legislative and policy leaders who looked at the specific recommendations from the Early Childhood Common Agenda and wove them into some of the most impactful pieces of legislation this year,” Children’s Trust CEO Sue Williams said in an ICS news release. 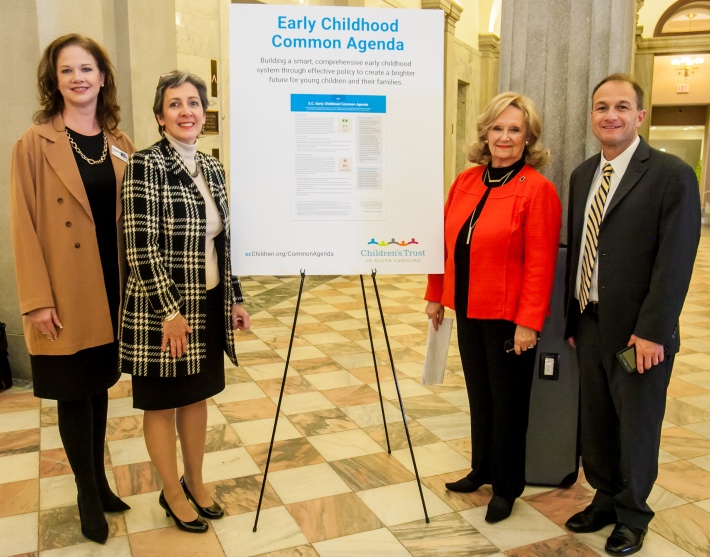 These tax credits will help working families keep more of what they have earned in order to help cover expenses such as child care and transportation. Increased family economic self-sufficiency is a goal of the ECCA. Research shows the EITC’s impact on improved health, economic, and social outcomes for families, and it has greater impact the younger a child is when the family receives the credit.

ECCA leaders note the bipartisan support in the legislature for sensible solutions that negate the effects of poverty.

“While the EITC’s positive economic benefits are well established, our research has shown impressive academic impacts – that persist over decades – when a young child’s family receives more support from the EITC,” ICS president Jamie Moon said.

A news analysis released by ICS this week provides greater insight into what passage of the tax credit means for families and children across the state.

The United Way Association of South Carolina released the Self Sufficiency Standard for South Carolina 2016 in January. It documented how many hard-working families are not financially self-sufficient. The newly-passed credit will provide more stability for families as they work to meet their needs and foster safer and more secure environments in which to raise their children.

“Today’s children are the basis for our future prosperity,” said Kelly Callahan Cruise, CEO of the United Way Association of South Carolina. “This tax credit ensures that the legislation enacted this week is not just an investment in our roads, but also in our most precious infrastructure – our children and working families.”

According to the Institute on Taxation and Economic Policy, only about 2 percent of South Carolinians with the lowest incomes (below $21,000) will benefit from the new EITC. Workers earning the least owe little to no income tax and are often unable to benefit from nonrefundable EITCs, despite paying other taxes like sales and payroll. Making the credit refundable at some point would help more of these families make ends meet.

South Carolina’s leading child advocacy organizations will continue to push in future sessions for other ECCA initiatives, which include early education for young children, access to affordable and quality child care, and home visiting programs that assist young mothers and their infants. The ECCA looks to help all children, regardless of where in the state they were born or the color of their skin, to have every opportunity to thrive and become strong future citizens.

Williams hopes the passage of tax credits is the start of steady progress for children and their families through investments in prevention and the use of proactive strategies that work to give children a great start in life.