Ron Prinz, Ph.D, a Carolina Distinguished Professor in psychology and director of the Parenting & Family Research Center at the University of South Carolina, leads studies aimed at testing interventions and strategies for improving the well-being of children, families, and communities. Dr. Prinz also directs the USC Research Consortium on Children and Families and co-leads the USC Behavioral-Biomedical Interface Program.

It is widely accepted that broader contextual conditions such as extreme poverty, substance abuse, inadequate access to medical care, and other stressors adversely affect families and parenting, which can increase risk for child maltreatment. No doubt a comprehensive public health prevention strategy needs to tackle those broader factors – but it should also address parenting itself. 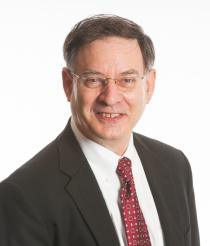 Child maltreatment is in some sense parenting gone awry. Prevention can and should include efforts to directly impact parenting.

One approach to this challenge, which is gaining in acceptance, is to strengthen parenting across a community. Rather than focusing solely on the families at greatest risk, a community-wide approach seeks to affect parenting across the entire community and to build on collective modeling and contagion for positive practices and goals.

Is such an approach to parenting support justified? The answer is “yes” if we take into account some key considerations.

First, we know from anonymous surveys of parents in the Carolinas that physically abusive behaviors occur much more frequently – as much as 40 times higher – than official substantiation of physical abuse. This means that there are many more children in the community who are exposed to deleterious parenting practices than we think.

Second, as much as a third of all parents lacks self-confidence in facets of everyday parenting and can benefit from family-based programming for their children’s sake.

Third, the same parenting support programming that can help prevent child maltreatment can also contribute to the prevention of more common adverse outcomes such as children’s social, emotional and behavioral problems, or low readiness at school entry.

And finally, a community-wide or population approach to parenting support normalizes and destigmatizes the process of seeking such support, which makes it more likely that broad positive impact can be achieved.

Society’s approach to parenting is lagging behind other areas of public health. For example, thanks to a multifaceted population approach, we have seen a marked reduction in tobacco use as well as smoking in public places.

The area of safety has seen an increase in the routine use of seat belts and children’s car seats. An incident in 2002 brought the issue into clearer relief. A woman was caught on a surveillance video camera in a parking lot severely beating her 4-year-old daughter in the back seat of a car. The video was replayed on CNN around the clock as the mother was demonized by newscasters and the public. The incident graphically exposed what child abuse looks like.

Ironically, the video clip also showed the mother first placing her child in a safety seat in the back seat of the car – illustrating on the one hand an example of poor parenting while on the other that public messaging and education about car seats had led to even a troubled and abusive parent acquiring good safety practice.

Community-wide evidence-based parenting support, which is a cornerstone of a public health strategy (PDF) for prevention, has a number of distinctive characteristics that include:

The ultimate goal of prevention is to reduce the rate of the target outcome at a population level – that is, to lower the prevalence of the problem. In the child maltreatment area, we can make use of official records to gauge prevalence rates.

Parenting is one of the most important functions in society. Strategic engagement of smart ways for supporting parents has the potential not only to reduce or prevent child maltreatment, but it also can bolster child development and yield a demonstrable return on investment.