EdVenture Children’s Museum held its annual FROST Gala Jan. 26 and gave the 2016 Great Friend to Kids Award to Gregg and Peggy Nibert, who were nominated by Children’s Trust, for their dedication to improving the lives of children. Neil White, who tells the stories of Children’s Trust, covered the event. 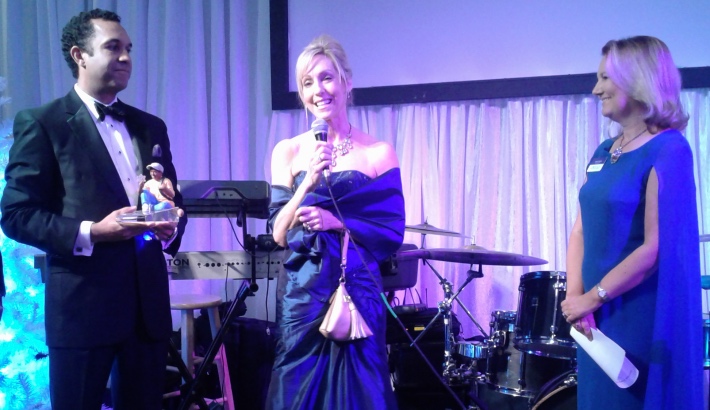 Gregg and Peggy Nibert’s commitment to helping children is no secret. The Presbyterian College men’s basketball coach and his wife have served as foster parents to 40 infants over the course of the last 11 years, and their dedicated efforts have garnered national media attention from outlets such as ESPN and Sports Illustrated as they changed these young lives for the better.

The pair was recognized as the 2016 honorees of EdVenture’s South Carolina Great Friend to Kids Award at the annual FROST Gala. EdVenture, a nonprofit educational institution that connects kids to the joy of learning through museum experiences, after-school programming and camps, presents this award each year to an individual or individuals who have made a significant contribution to strengthen and advance the interests of children.

Children’s Trust, which had the Niberts serve as keynote speakers at its 2015 Prevention Conference, nominated them for the award. Peggy Nibert called the association with Children’s Trust and EdVenture a very rewarding experience for her family, which includes grown sons, Shaun and Van.

“Being recognized for the Great Friend to Kids Award is a huge honor yet very humbling,” she said. “Just the actual name of the award makes me smile ­ – a ‘friend’ to kids and, hopefully, an advocate. What Gregg and I do is not unlike what foster families do all across our state and country. That’s the humbling part.”

Through their compassion, they have brought babies into their Clinton home — some for weeks, some for years — to provide love and healing and stability. Peggy called it a labor of love to give these children an opportunity to experience life without trauma and neglect. The Niberts work to build a bridge to what hopefully will become safer, healthier, happier lives where all the needs of these young children are met.

“Having taken these precious babies into our care, we have been made aware of a world out there we knew nothing about,” Peggy said. “Our eyes have truly been opened and our hearts have been totally filled, and totally broken again and again. Our two boys at the time, now young men, have also been forever impacted. They never hesitated when we approached them with the idea of taking children in from difficult situations, and they learned very quickly what it means to love unconditionally. Our decision to be a foster family has definitely brought our own family closer.” 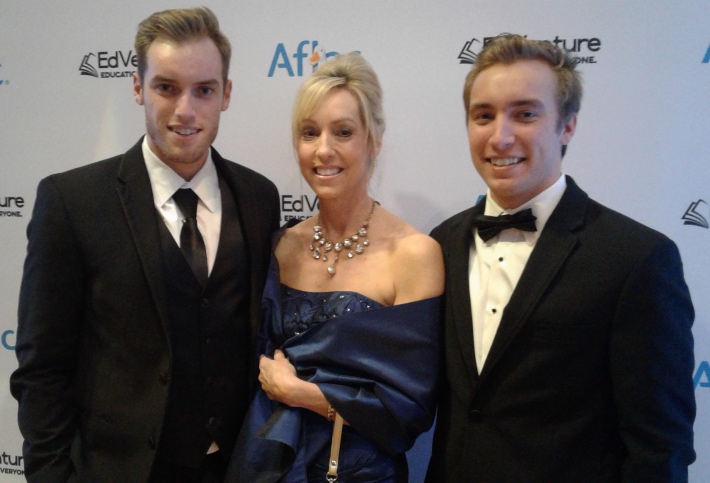 Peggy Nibert attended the EdVenture FROST Gala with her sons, Shaun and Van.

Peggy, Shaun and Van attended the EdVenture fundraising event, which included an auction and live music, while Gregg had to miss the festivities due to coaching a home game in Clinton the Blue Hose were playing against UNC Asheville.

Children’s Trust CEO Sue Williams, one of the co-founders of EdVenture in 1993, also was in attendance. Gregg, who also has battled prostate cancer over the same time frame, spoke via video appearance to the gala attendees. He saluted Peggy for getting the family started on this path, and he called it an honor for them to be recognized in their role as foster parents.

“Forty children after that first family meeting, our journey has proven to be emotionally satisfying and a life-changing way to live out our Christian faith,” he said. “Despite some trying and difficult days navigating the foster care system, the love we’ve given to these children and the love we’ve received in return means the most to us.”

Karen Coltrane, the CEO of EdVenture, said the award is meant to serve as an inspiration to others and encourage them to do something important for children. As a former foster baby who found her permanent home at the age of 6 months, she has gone on to have “a wonderful life.” She was thrilled upon learning the museum’s award committee selected the Niberts as the honorees.

“It’s not only the right award for the right people, it certainly speaks to me,” Coltrane said. “To be able to recognize that is touching for all of us.”

Lee Porter, Children’s Trust chief program officer, has gained a strong appreciation for what the Niberts have done to make a real difference in the lives of children.

“The stability, nurturing and authentic love that foster parents like Peggy and Gregg provide to infants and young children is transformative,” Porter said. “The quality of this kind of care literally impacts the total development of young children and can alter their future trajectory toward positive outcomes as adolescents and as adults.” 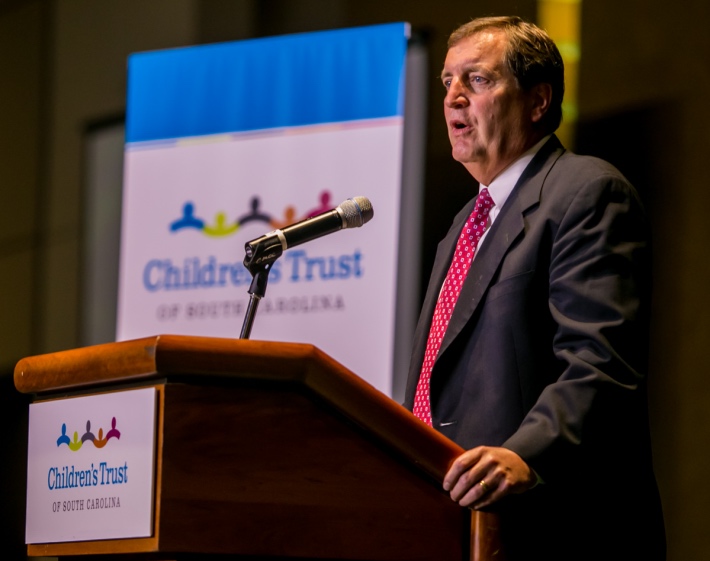 Over the previous years, the Niberts also have worked tirelessly with the S.C. Department of Social Services to provide expert feedback on the recruitment and retention of foster parents. And they have given recommendations for improving the quality of foster care on both a personal level and a systems level. On its Facebook page in November, DSS stated it “is thankful for foster parents Gregg and Peggy Nibert.”

DSS launched a recruitment campaign in 2016 to recruit 1,500 new licensed foster families across South Carolina. Peggy calls their odyssey as foster parents a trying one at times but also a gratifying one. Their passion for helping children is what keeps them going strong.

“Gregg and I are just one of the many families who are trying to make a small difference in this huge issue of child welfare,” she said. “There are obviously other foster families across our state and country that are doing the same things, just not nearly enough of them. It is my hope that people who hear our story will get a glimpse into how rewarding foster care can be. Is it hard? Yes, but it will change your life and, hopefully, many children’s lives forever.”