(WLTX) – South Carolina has a new child safety seat law in place that requires parents and grandparents to keep children in rear-facing child seats until they’re two years old instead of one. The new law also requires children to ride in a safety or booster seat in the back seat until they’re eight years old, compared to six in the previous law. 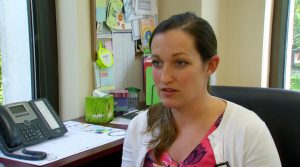 “There’s a significant risk associated with children if they’re place forward-facing too quickly. It can result in head and neck injuries, paralysis, death. Research has shown that children are five times safer rear-facing than they are forward-facing,” says Katrin Bost, Safe Kids Associate for Children’s Trust of South Carolina.

The law says children have to stay in rear-facing car seats until they’re two or they pass the height or weight limits of the seat, but she says there’s no danger to a child if his feet or legs touch the seat while rear-facing.

Michele Rabuck’s daughter is almost one so she would have been able to put her in a forward-facing seat, but she doesn’t have a problem with the new law. “I think it’ll be nice when she turns around just to be able to see her easier, but if it’s safer facing the back then that is fine,” she says.Children’s Trust encourages parents and grandparents to take advantage of free car safety seat inspection stations around the state to make sure the seats are installed correctly. You can find the closest one to you at safercar.gov.