Eight-year-old Keyashia beamed as she stood at the podium in the cafeteria of the C.R. Neal Dream Center. 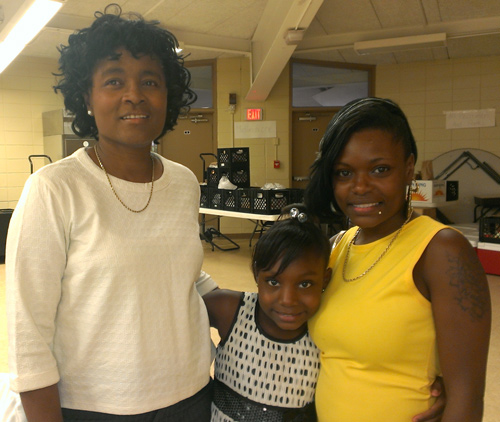 As her mother Whitney Taylor and grandmother Delores Taylor looked on with pride, Keyashia delivered her speech, which was written in a small spiral-binder notebook, at the Strengthening Families Program graduation ceremony. Speaking to the lessons learned through her training sessions this summer, the rising fourth-grader offered her affirmation of the program prior to receiving her graduation certificate.

“I learned about criticism, eye contact, listening, raising my hand, asking for the correct time to speak, and not to speak when others are speaking,” she said, while thanking her session facilitators for their guidance. “It was greatly appreciated, and I will use these great ideas and steps this school year.”

Nine families went through these graduation exercises on a warm July evening. Children’s Trust, which funds the Strengthening Families Program at 10 sites across the state, works with City Year Columbia as the funded organization. City Year then partners with the Midlands Community Development Corporation, which provides the program’s participating families and the facility for the site on Atlas Road.

The nationally-recognized program, which takes place over 14 sessions of 2.5 hours each, focuses on developing positive family strengths, teaching families how to stay resilient, improving parenting skills, reducing family conflict, and helping children with social skills and relationships as well as school performance.

Parents and their children participate both separately and together in the sessions, which always begin with a family meal. The program, which focuses on children age six through 11, has existed for nearly 20 years while being implemented in family and youth service agencies, community centers, schools and churches.

Gwendolyn Singletary, the program coordinator at this site and others, believes strongly in the work being done. She emphasizes its outreach across the community.

“First of all, the program is for everybody. Oftentimes people think it’s only for families in trouble, but it’s not,” Singletary said. “It’s for everyone because in these days and times and situations and circumstances, we all need a hand.”

Nataki Brown had no expectations when she enrolled with her daughters, Emori, 8, and Elon, 6. But after attending sessions twice a week over seven weeks, she was sold on the benefits upon completion of the program.

“I truly didn’t know what to expect when I started, but in the end, it was better than anything I could have imagined,” Brown said. “I do believe the principles taught by the group leaders are something that can not only be applied to your children but with your spouse and at work and everywhere. It’s not just a pigeonhole program for one part of your life.”

Brown began to understand the sessions had practical applications when her oldest daughter made an unprompted remark one day at home.

“I know specifically that Emori said she noticed I do give clearer instructions, which I didn’t realize I wasn’t doing before,” Brown said. “It wasn’t until she actually said it that I saw this (program) was working. We were having this growth when we least expected it.”

While the local partners work directly with the families, Children’s Trust provides training and supervises regular quality control to ensure the program fulfills its goals. Karen Dukes-Smith, the Strengthening Families Program coordinator for Children’s Trust, sees the impact being made on families as she monitors their progress in the training sessions at the multiple sites.

She was attracted to the bold promises the program made when Children’s Trust first began to implement it in January 2013 with the financial backing of The Duke Endowment and the S.C. Department of Social Services.

“It’s an intentional push to try something different and use some different skills. That’s what I love about it,” Dukes-Smith said. “The thing about Children’s Trust being able to fund this program is that it gives other families and other communities across the state the opportunity to try these techniques. What we’re finding is that it’s changing the dynamic of the family and changing the dynamic of the community. It’s even changing the way we think as practitioners.”

Shanda Sutton and her son Maddux, 7, finished the program, and she made a point to note in her affirmation speech at the graduation ceremony that they didn’t miss any of the 14 sessions. She appreciated what they were learning and she loved the unity and shared experiences that developed between the facilitators and the families as they progressed.

“The facilitators were just warm and open and made it seem comfortable for us to be able to talk. They gave us coping skills that we didn’t think we had,” Sutton said. “What they shared was like an ‘aha’ moment and made me think, ‘Maybe I need to take this approach instead of that approach.’ Giving me those tools to have better parenting skills than I’ve had before is what I’ve gotten out of the classes.” 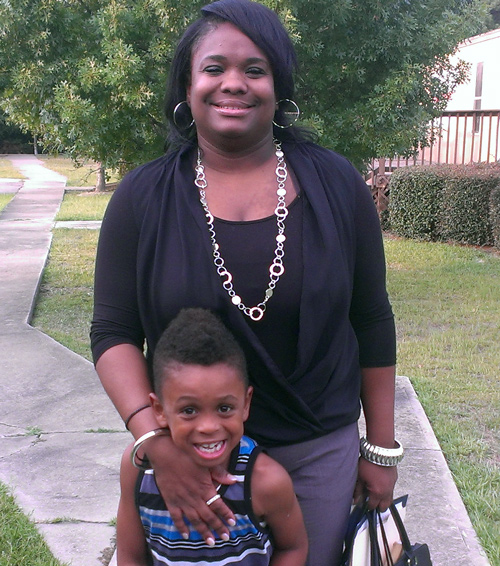 Sutton, who was so impressed with the program that she will serve as a facilitator in the future, added that Maddux enjoyed their regular Monday and Wednesday schedule at C.R. Neal to commune with their fellow families.

“He actually looked forward to it and doing what he was supposed to do,” Sutton said. “It was the same for me as well. I would absolutely recommend this to other families as well to help them strengthen their family dynamics and household.”

Singletary said that connection doesn’t end once the families reach the finish line and move on after graduating. As the site director, she coordinates follow-up sessions both six months and one year with everyone who was involved.

“I still get calls in between those times. We have made some friendships with these families. People call and talk with us. We see them in the mall,” Singletary said. “The families will get together and do things. It really has become a bonding situation in the community when they go through the program.”