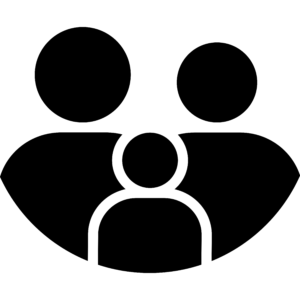 While not a new idea, paid family leave has gotten more attention at the federal and state level over the past two years, including in South Carolina. In March of 2020, Gov. Henry McMaster held a press conference surrounded by legislators from both chambers and parties, calling for passage of 12 weeks of paid family leave for state employees. Bills introduced earlier that year at the Statehouse initially proposed state employees receive 12 weeks off for the birth or adoption of a child, or the placement of a foster child.

While proposals differ, at its core, paid family leave is when an employee can take either partially or fully paid time off from work to take care of a child. Paid family leave is sometimes confused with the Family and Medical Leave Act (FMLA). Implemented in 1993, FMLA mandates the employer provides unpaid leave and welcomes the employee back to their job after the leave is over.

With paid family leave, the employee taking leave is still paid. Each plan varies in the time off allowed or the percentage of salary or wages paid to the employee. Some plans involve insurance policies that employers and/or employees contribute to, while other plans are funded through the government set-asides.

With more attention being paid to paid family leave, it is important to understand the benefits and long-term outcomes associated with it, for both the employee and the employer.

For the parents, financial stability reduces stress and allows basic needs to be met. Financial insecurity leads to increased stress which can be a trigger for abuse and neglect. Giving parents the freedom to care for their child allows families to have a stronger, healthier and less stressed transition.

Having the option to care for their child during the first few critical months also yields positive results for the child’s health. The brain growth and development that happens in the first few months of a newborn’s life is critical. One study found that “Infants’ interactions with familiar, responsive, and stimulating caregivers fuel their social, emotional and intellectual development, with enduring effects on their future development, learning, and academic capacities.”

On the employer side of the equation, the benefits aren’t as obvious but just as real. Working parents make up a large portion of many organizations and businesses. Family-friendly workplaces have an advantage in hiring and retention of employees. Patagonia, an outdoor clothing company, has been a pioneer of family-friendly work policies offering 16 weeks of paid leave for new moms and 12 weeks for new dads. Of their new parent employees, 95 percent return to work after paternity leave. In the U.S., Nestle has 97.6 percent of employees who use parental leave still active in the company six months after they return to work.

Even when it comes to hiring employees, paid family leave has an impact on decision-making for job seekers. A Deloitte survey found that 77 percent of employees said the amount of paid family leave had some influence on their choice of employer, and half said that if given the choice they would pick more parental leave over a pay raise.

The United States is the only developed nation without a national paid family leave policy to help employees take paid time off specifically to care for a newborn child. In South Carolina, H. 3560 would give state employees 12 weeks of paid parental leave. The plan would apply to those who give birth or adopt. The bill was voted out of the House and is awaiting a hearing in a Senate Finance Subcommittee.

The Senate bill S.11 was amended by a Senate Finance Subcommittee to model the North Carolina law; the Subcommittee removed foster parents and reduced the paid leave time for birth and adoptive parents. The birth mother and father would receive 8 and 4 weeks of paid family leave respectively. Adoptive parents would receive 4 weeks of paid leave. The bill is awaiting a hearing from the Senate Finance Committee.

Without paid family leave in place, parents are often forced to return to work before they would have wished, not fully realizing the positive outcomes of paid family leave on child and parental wellbeing. With benefits to parents, children and employers, paid family leave should be a policy that is encouraged in South Carolina and across the nation.