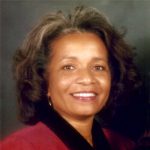 Senior Associate, Center for the Study of Social Policy

A senior associate the Center for the Study of Social Policy, Browne manages the national nonprofit organization’s participation in the Quality Improvement Center on Child Welfare Involved Children and Families Experiencing Domestic Violence (QIC-CWDV), a five-year project funded by the Administration on Children and Families, Children’s Bureau in the U.S. Department of Health and Human Services.

Before coming on board at CSSP, Dr. Browne served as a college and university professor teaching in undergraduate psychology departments and graduate counseling departments. During her tenure in academia, she served in several administrative roles, including dean of faculty and vice president for academic affairs.  Her educational background includes extensive postdoctoral coursework in clinical child and family psychology after earning a doctoral degree in early childhood education.

Her research and publications focus on promoting healthy development and well-being in children, youth, and families. Most recently, she co-edited a book entitled “Innovative Approaches to Supporting Families of Young Children.” 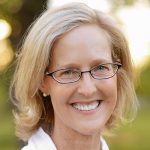 An award-winning science journalist interested in exploring the intersection between neuroscience, immunology, and the deepest inner workings of the human heart, Nakazawa lectures nationwide and has keynoted numerous events, including the 2016 Johns Hopkins Conference on Trauma Informed Healing and the 2012 International Congress on Autoimmunity.

Her most recent book, “Childhood Disrupted: How Your Biography Becomes Your Biology, and How You Can Heal,” examines the lifelong consequences – both emotional and physical – of adverse childhood experiences and offers readers suffering from chronic conditions a window to healing.

She has appeared on the Today Show, National Public Radio, and ABC News. Her expertise in the field of autoimmunity has been highlighted on the cover of Parade, as well as in Time, USA Today Weekend, Parenting and Psychology Today. Additionally, her writing has been featured in the Washington Post, Ladies Home Journal, Glamour and AARP magazine. She has served as a regular contributor to blogs for Psychology Today and Huffington Post. 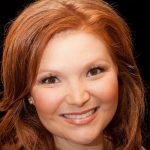 Called a quintessential American success story, Ashley Rhodes-Courter was born to a single teen mother before landing in Florida’s foster care system by the age of 3. She spent almost ten years being shuttled between 14 homes – some of them quite abusive – before being adopted from a children’s home at the age of 12.

Today she is a successful author and speaker. Her memoir, “Three Little Words,” is currently being made into a major motion picture, and the book has been adopted by schools and communities as part of One School, One Book as well as collegiate First Year Experience initiatives across the country. Her second book, “Three More Words,” debuted as a No. 1 best-seller.

Her accomplishments advocating for children and families won her the Youth Advocate of the Year for the North American Council on Adoptable Children, the Kids to Kids National Service Award from the Child Welfare League of America, and two Angels in Adoption Awards from the Congressional Coalition on Adoption. 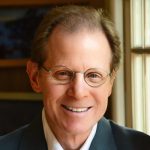 A clinical professor of psychiatry at the UCLA School of Medicine and the founding co-director of the Mindful Awareness Research Center at UCLA, Dan Siegel is an award-winning educator and a Distinguished Fellow of the American Psychiatric Association. He received his medical degree from Harvard University and completed his postgraduate medical education at UCLA with training in pediatrics and child, adolescent and adult psychiatry.

He also acts as the executive director of the Mindsight Institute, an educational organization that offers online learning and in-person seminars focusing on how the development of mindsight in individuals, families and communities can be enhanced by examining the interface of human relationships and basic biological processes. His psychotherapy practice includes children, adolescents, adults, couples, and families.

Siegel served as a National Institute of Mental Health Research Fellow at UCLA, studying family interactions with an emphasis on how attachment experiences influence emotions, behavior, autobiographical memory and narrative. He has published extensively for professional audiences. He is the author of numerous articles, chapters, and the acclaimed book, “The Developing Mind: How Relationships and the Brain Interact to Shape Who We Are.”