U.S. Rep. Nancy Mace knows what it’s like to be a full-time, working, single parent during the pandemic.

She’s doing it every day as a new member of Congress. 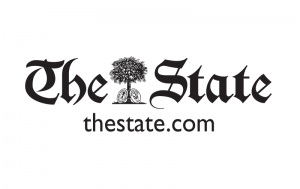 While the Daniel Island Republican is at work in Washington, D.C., her two children attend middle school virtually back in South Carolina. When Mace works back at home, her children struggle with seeing their mom at home but having to all stick to their respective tasks instead of spending time together.

None of it, Mace said, has been easy.

“It was tough enough being a single parent before the pandemic. Now, just tack on the issues and challenges that this pandemic has exposed: virtual school, child-care costs, mental health,” she said, ticking off issues one by one. “I feel the pain. I know the struggle.”

Now, Mace wants her colleagues in Washington to understand these struggles, too. This week, Mace formed the “Single Parents” caucus. It could be the first caucus of its kind in congressional history.

The House Administration committee, which is responsible for registering such groups, approved Mace’s request to create the caucus on Tuesday.

In a Feb. 24 letter to House Administration Chairperson Zoe Lofgren, Mace described the caucus as an “informal group dedicated to addressing the challenges facing single parents and educating other members on this subject.”

In an exclusive interview with The State newspaper on Thursday, Mace called it a “bipartisan brainstorming group.” She said the caucus will focus its work on discussing and creating legislation meant to help single parents.

Any member of the House of Representatives will be allowed to join the caucus, Mace said.

Examples of disrupted schooling cited in the bill include having no in-person attendance, operating virtually or “otherwise not operating under normal operating procedures.”

The proposal would establish a tax credit up to $5,000 for child-care expenses of one child, and up to $8,000 for single parents with two or more children.

The credit is refundable, meaning even low-income Americans with little or no income can receive the full allowance.

“We need to be working very hard to help people understand the challenges we’re facing as single parents, and, to an extent, we need to be thinking about what we can do at the federal level to ease some of that burden,” Mace said.

The bill differs from a similar credit in the $1.9 trillion COVID-19 relief package signed into law earlier this month by President Joe Biden.

The American Rescue Plan includes multiple provisions to help families, particularly those in lower-income brackets hit hard by the pandemic. One of those efforts expanded the Child and Dependent Care Tax Credit up to $4,000 for child-care expenses of one child and up to $8,000 for two or more children.

Mace did not vote for the relief package, criticizing its size and the process as too partisan. She is looking for Democratic sponsors to sign onto her bill.

“I’m wiling to work with anybody who’s willing to work with me. I would never ask someone, myself included, to cross a line on their values or their principles, but on the 10-20% where we can find agreement, let’s do that,” Mace said.

Sue Williams, the CEO of South Carolina Children’s Trust, said the needs single parents are facing in the pandemic are critical.

School closures forced parents to scramble for childcare. Sometimes, that meant parents were spending more of their paycheck just to ensure their kids are taken care of while they go to work.

“One issue that has really come to light during the COVID pandemic is childcare, and more specifically finding quality childcare when these single parents have to go to work or school when everything shut down,” Williams said.

Children in South Carolina are more likely to be raised in single-parent households than almost any other state in the nation, according to the findings of a 2020 report from the nonprofit Annie E. Casey Foundation.

The 2020 Kids Count Data Book, which is published by the foundation each year, found 41% of children in the Palmetto State were growing up in single-parent families in 2018. That’s 429,000 families.

The national average is 35%, according to the report, which uses the latest available U.S. Census data.

Williams said she welcomes the discussion Mace is pushing about how children and families in single-parent households have been affected by COVID-19.

Though the work has only just begun, Mace said she hopes the “Single Parents” caucus will continue long after the pandemic and its impact begins to fade.

“I want single parents to know they’re not alone, and Congress should be working very hard to understand the challenges we are facing,” she said.