A new initiative that addresses adverse childhood experiences (ACEs) has launched in Maryland through the work of that state’s leading child abuse prevention organization, which used the Children’s Trust ACE Initiative in South Carolina as a model for its effort.

Ruby Parker knew where she needed to turn when her organization, The Family Tree, began to explore how to address adverse childhood experiences in the state of Maryland.

As the Baltimore-based state affiliate of Prevent Child Abuse America, The Family Tree has watched other states tackle ACEs, and Parker’s outreach quickly led her to South Carolina, where Children’s Trust statewide ACE Initiative is focused on leading community-based efforts to address and prevent interrelated and intergenerational health and social problems. 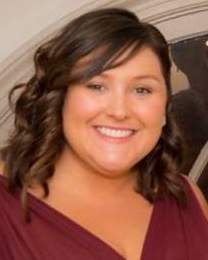 “I spoke with a bunch of different states, but I felt like (Children’s Trust director of research and evaluation) Melissa (Strompolis) was able to give me a really concrete structure of what you are doing in South Carolina: What’s been done, what your plans are and what your goals are for this project,” said Parker, the assistant director of community engagement services for the Family Tree.

Children’s Trust is seeking to address how child maltreatment impacts a range of populations not limited to a specific geographic region, race or ethnicity, or socioeconomic status. Research shows that children who are exposed to trauma like physical and emotional abuse, divorce, substance use/misuse, domestic violence and mental illness are much more likely to become adults with problems like depression, alcoholism, obesity, heart and liver disease, and decreased workplace performance.

The initiative, which has three-year funding of $325,000 from the BlueCross® BlueShield® of South Carolina Foundation, an independent licensee of the Blue Cross and Blue Shield Association, involves sending trainers to different groups to talk about ACEs and explain how Children’s Trust is collecting and disseminating data, building a prevention planning framework, and promoting sound legislative policy to address ACEs in our communities. This group of 75 master trainers includes nonprofit professionals, social workers, health care and medical providers, teachers, school administrators, parents, faith-based organization members, and policy makers. 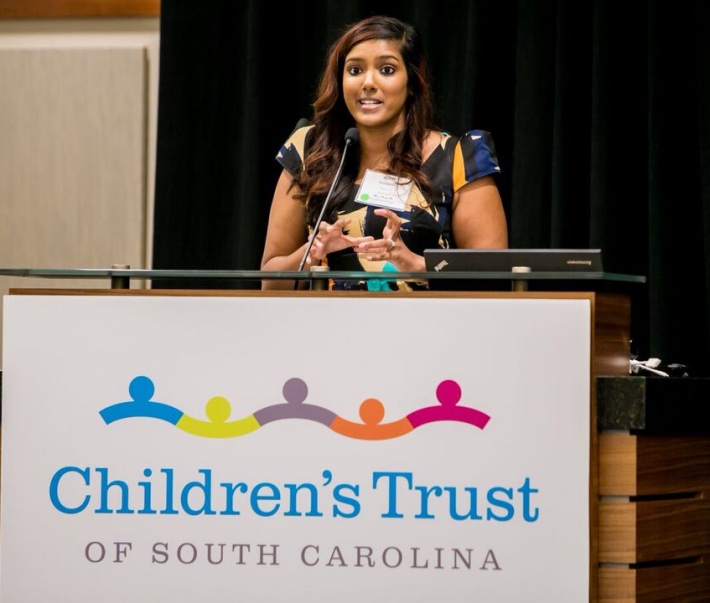 Dr. Strompolis and Aditi Srivastav Bussells, the ACE coordinator for Children’s Trust, met with Parker over the course of two days to detail the initiative here.

“It is gratifying to see how our efforts in South Carolina to prevent ACEs have not only gained statewide recognition and momentum, but national as well,” Srivastav Bussells said. “Maryland’s visit to Children’s Trust really reinforced how far we have come in our efforts to train, educate, and convene about preventing ACEs and improving child well-being. Hosting Ruby was a pleasure, and we enjoyed sharing our best practices and lessons as they begin their own journey in addressing ACEs statewide.”

Just as Children’s Trust learned from national leaders on ACEs from Washington state, The Family Tree is learning from the model that’s established in South Carolina.

“I’ve already learned so much of what kinds of things I really need to consider for us as a state and what pieces I can replicate,” Parker said to Children’s Trust representatives. “You have been really great in sharing information on how you’ve done this, what’s worked well, and what you wish you had known when you first started. Why would we go down the path and make the same mistakes when you’re so willing to offer that to us? We can now start off a couple of steps ahead.”

The Family Tree officially launches its initiative in Maryland Nov. 15 with a reception that includes state influencers and policy makers. The event will feature Dr. Robert Anda, a co-principal investigator in the original ACE Study, as a speaker. The following two days, Anda and Laura Porter of Washington state, the co-founders of ACE Interface, will train 25 master trainers. Porter also served as a featured speaker at the 2016 ACE Summit in Columbia hosted by Children’s Trust, the first conference of its kind in this state.

Parker wants Maryland to take advantage of the knowledge that other states have gained through this work. She considers it an important tool in her state’s toolbox because the shared learning can help Maryland better inform its communities. Every state addressing ACEs is looking to build community capacity that improves health, well-being and resiliency at local and state levels.

The Pee Dee Resiliency Project (PDRP) is a community-based partnership for students and their families at eight elementary schools in Florence, Darlington and Marion counties. The goal is to help them to prevent and address emotional and behavioral challenges resulting from ACEs that interfere with a student’s success.

This direction is where states can make a real-life impact, which Parkers points out is the clear goal of these initiatives.

“We’ve known about ACEs for a long time, and everyone who’s heard about them basically knew it reinforced the work that we already do,” Parker said. “We talk about child abuse and neglect, and that’s not fun. ACEs really put the whole thing into perspective for us by recognizing this is about many different aspects of our society. We need to come together and shift our conversation as an organization to talk about ACEs because it’s easier sometimes for people to grasp.”