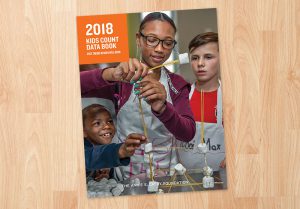 “We are seeing incremental improvements over time, and this shows us that the investments we are making in children, families and communities are adding up,” said Children’s Trust Chief Executive Officer Sue Williams.

“Much of this success is because South Carolina parents, community leaders and state and federal legislators have long advocated for the well-being of kids and implemented programs, like children’s health insurance, to ensure that children have opportunities to thrive.”

REPORTERS AND EDITORS: Children’s Trust will host a panel discussion on the state of children in South Carolina with state lawmakers from the Joint Citizens and Legislative Committee on Children. Members of the news media are invited to attend:

Of the more than one million children in South Carolina, 44,000, or 4 percent, do not have health insurance. This is a 51 percent decrease since 2010. When children have health insurance, they are more likely to receive the preventive care that they need to stay healthy, especially when there are injuries or chronic health issues. Health insurance also helps protect families from financial crisis caused by expensive medical bills. When children are healthy, they are able to learn, and their parents are less likely to miss work to care for a sick child.

Additional indicators reveal where South Carolina is making progress for youth, and where proven prevention work is yielding dividends. More high school students are graduating on time. In the 2015-2016 school year, 17 percent of students did not graduate on time as compared to 26 percent of students in 2010-2011. Additionally, births to teen parents have fallen to 24 births for every 1000 births.

However, South Carolina continues to struggle with education. The state ranks 41 st for education. It has only made slight gains from 2013-15 to 2014-16 in the percentage of three- and four-year olds attending preschool. Despite a slight improvement since 2009, 71 percent of fourth graders are not proficient in reading. And 74 percent of eighth-graders are not proficient in math, a 6 percent jump since 2009.

For South Carolina to make improvements and continue its prevention investments, adequate funding and support is critical. However, this support is threatened by the potential undercount in the upcoming 2020 census. State and local programs, such as education, school lunches, children’s health insurance (CHIP) and more, rely upon formula funding based on population numbers set by the census. South Carolina could lose billions if South Carolina children are not accurately counted.

“If South Carolina is to continue to rise in the ranks, we must continue to invest in communities and support families. An accurate census count will be an important step to securing that future,” said Williams.

Additional information is available at www.aecf.org/databook, which also contains the most recent national, state and local data on hundreds of indicators of child well-being. Journalists interested in creating maps, graphs and rankings in stories about the Data Book can use the KIDS COUNT Data Center at datacenter.kidscount.org.