By Liv Osby, The Greenville News

With its poverty, lower life expectancy and unsettling crime rate , South Carolina ranks as the eighth worst state in the nation in a new report on the best and worst places to raise a family. 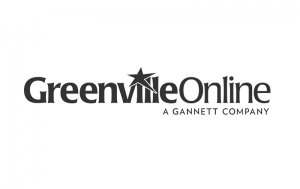 The report compares states across dozens of indicators, such as affordable housing, education quality, median income and crime. And the Palmetto State ranked 43rd nationwide, according to personal financial website WalletHub. It ranked 44th last year.

“So much of the quality of life for families is related to economic security,” she said. “People in our state continue to struggle to meet their basic needs.”

In the report, South Carolina ranked 47th for property crime per capita and 41st for violent crime.

It also ranked 47th each for median credit score and median debt outside of a mortgage, 43rd for the share of two-parent families and 42nd for the rate of foreclosures.

Berkowitz said that the state’s low salaries and high debt burdens adversely impact all other parts of family life.

“Even during these ‘good or prosperous’ times, we have far too many people trying to get by with low wages and lack of access to affordable housing and child care,” she said. “And it does not get better as people age and try and prepare for retirement.”

Sue Williams, CEO of the Children’s Trust of South Carolina, said the WalletHub report has a similar message to the KIDS COUNT report her organization produces, and highlights the many areas where improvement is needed in the state.

“Families do well when they live in communities with economic opportunity, quality education systems and the social fabric that wraps love and support around parents when they may be vulnerable,” she said. “We have work to do in our state to ensure that children and families have the opportunities they need to succeed.”

Tony McDade, executive director of United Ministries of Greenville, said that while the report offers some encouragement that progress is being made, disparities still exist.

“While this varies geographically, we are aware of sections and neighborhoods in Greenville County in which this data would prove more than true,” he said. “South Carolina has a history of poverty disparities that are exacerbated by racial and ethnic factors, and Greenville exemplifies that history.”

Andrew Fenelon, assistant professor in health services administration at the University of Maryland, College Park, said while the report offers an “enormous amount of valuable data” about the quality of life in these states, the differences between them can be difficult to interpret.

“But one thing that strikes me is that a lot of the indicators are related to economic opportunity, job markets and income inequality,” he said. “The states that do really well — North Dakota, Minnesota, Massachusetts, New Jersey — are states that have high incomes and low poverty, especially relative to cost of living. Either relatedly or as a result, these states also enjoy good health indicators, high quality schools, and more stable families.”

“So programs that reduce poverty would be particularly helpful, since they would raise the socioeconomic indicators, but then also likely have impacts on hospitals and schools in the state,” he said. “In my opinion, states would do well to leverage the social factors that improve health and well-being, not just for children, but for their parents as well.”

Janice C. Probst, professor emerita at the University of South Carolina’s Arnold School of Public Health, said the study reveals shortfalls that can be improved through public policy.

For example, she said, the state ranked 48th in the share of children with a park or playground in their neighborhood.

“This is something that could probably be changed in just a few years, with a combination of policies that make (frequently locked) school playgrounds available after hours,” she said, “and more aggressive allocation of funds for public parks.”

And while the state ranked 40th for the quality of public schools, it ranked 45th in daycare services per capita and 43rd for daycare quality, which Probst said could be tackled to improve outcomes.

“Since most pre-K daycare in South Carolina is privately operated,” she said, “perhaps we can develop tax incentives or other policies that encourage expansion of current facilities/development of new facilities, tied to improvements in child-teacher ratios.”

McDade said the shortfalls are all indicators of the persistent burden of poverty across generations and geographies.

“The pervading irony that many families remain mired in poverty even amidst an unprecedented economic boom calls us to action as a society and as individuals,” he said. “My counsel would be for citizens to select an issue dear to their hearts – be it housing, or healthcare, or nutrition, or addiction – and become an active advocate for pragmatic solutions that really work.”