ROCK HILL – The number of abused children is rising across the nation — and South Carolina is no exception, local experts say. 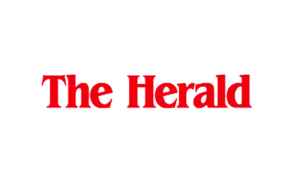 More than 17,600 children were involved in 9,634 cases of child abuse confirmed through investigations in South Carolina in 2016-17, according to the Children’s Trust of South Carolina, a statewide organization focused on preventing child abuse and neglect.

“It’s a bigger issue than people realize,” said Emily Parrish, executive director of Children’s Attention Home of Rock Hill. “It’s happening in our community. We do have children who are being mistreated. We have families who can’t provide for their children the way they need to.”

Forty-five children from York County and eight from Lancaster County were referred to the home, according to the Children’s Attention Home’s 2018 annual report.

Community members are asked to share survival stories or photos of themselves wearing blue, or working or volunteering with children on social media Monday using #SpeakUpYorkCounty.

On Tuesday, Children’s Attention Home representatives will visit York County leaders to discuss the impact of child abuse in the region. Community members can tour the home each Wednesday in April.

A portion of proceeds from sales at the Chick-fil-A on Cherry Road in Rock Hill on Thursday will support the Children’s Attention Home’s mission to provide mental and physical health services, education and safe housing for children in crisis.

On Friday, community members are asked to wear blue to raise awareness of child abuse.

The Child Advocacy Center of York County, hosted at Safe Passage in Rock Hill, brings together law enforcement, child protective services and health professionals to work with children who have been abused.

Child abuse includes neglect, physical or sexual abuse, exposure to domestic violence and emotional or psychological abuse against people who are under 18 years old, according to the South Carolina Department of Social Services.

Signs that a child has experienced neglect can include being underweight, consistent hunger, poor hygiene, consistent lack of supervision, inadequate medical or mental health attention, high absences from school and abandonment, according to DSS.

Physical abuse includes pushing, kicking, hitting or choking a child. Signs may include visible injuries and unexplained absences from school, according to DSS. Children experiencing physical abuse may seem aggressive, anxious or withdrawn.

“A lot of kids that we serve have multiple areas of trauma,” Parrish said.

Recent child abuse cases have made headlines in South Carolina.

On March 10, a Rock Hill mother was arrested after police say she left her five-year-old daughter home alone for hours.

Parrish said DSS offers resources for families in crisis. She said places like the Children’s Attention Home hope to break stigmas that make it hard for people to reach out.

“Nobody should be penalized for asking for help,” Parrish said. “The more we talk about it, the easier it’s going to be for these families to get the services they need before it becomes a crisis for the children involved.”

Glazebrook said families often face more challenges after an abusive situation is ended. A perpetrator leaving the home may leave the remaining caregiver struggling to pay bills or to get counseling services.

“Even though the abuse has ended, there’s a lot of other factors involved that they have to work through,” she said. “The mental health of the child is not always a priority when they can’t even keep food on the table.”

Parrish said it is important for people who suspect a child is being mistreated to call their county’s DSS office.

The Children’s Attention Home served 147 children in 2018, according to the annual report:

People who suspect child abuse or neglect should report it to their county’s DSS office. Reports can be made anonymously: