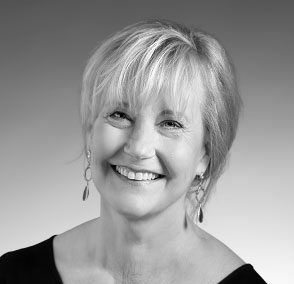 There’s no doubt: Family planning and contraceptive access have everything to do with efforts to reduce the risks of child abuse and other adverse childhood and maternal outcomes. Yet in recent years in South Carolina, 50% of women surveyed report that their pregnancies were not intended, taking a severe toll on women, men, families and our state as a whole. Not only does unintended pregnancy perpetuate generational poverty, but also it thwarts progress toward addressing other devastating problems like too many low birthweight and opioid-addicted babies; high rates of infant mortality; child development issues; rising rates of child abuse and neglect; very high maternal mortality rates; and domestic violence (South Carolina has the sixth highest rate among all states).

Further, unintended pregnancy demonstrates predictive value as one of the earliest identifiable risk-factors for child maltreatment1 (Guterman, 2015). A comprehensive study for the National Academy of Sciences concluded that a child abuse prevention network should begin with affordable contraceptive services. This echoes an earlier analysis commissioned by former U.S. Surgeon General C. Everett Koop, which stated that “the starting point for effective child abuse programming is pregnancy planning.”

Making the issue even more critical, the National Center for Health Statistics recently reported a significant increase in the number of U.S. women dying during pregnancy or shortly after giving birth in 2020 compared to 2019. The U.S. rate of 23.8 deaths per 100,000 live births is three to four times higher than the maternal mortality rate of France, the U.K., Canada or Australia. It is the highest rate among all developed nations. Worse, South Carolina is among the top ten states with the highest maternal mortality rates: 27.9 deaths per 100,000 live births. Maternal deaths are much higher among Black mothers – as much as two to three times more deaths than occur among white mothers.

Even so, there is hope for better health outcomes for South Carolina’s women, children and families in the future.

Last year, in its fifth year, New Morning’s statewide contraceptive access program reported it provided contraceptive services to 72,000 women through 140 participating health centers, hospitals, rural health practices and other clinics. This newly formed clinical network has provided contraceptive services to a total of 374,595 women since the program’s launch in January 2017, including many low-income and uninsured or underinsured women. Together, we are working toward a future where all women have equitable access to the resources they need to prevent a pregnancy they may not want or plan for the well-timed, healthy pregnancy they deserve – and we’re making progress: Unwanted pregnancies in our state decreased 44% between 2017 and 2020, according to recent data released by the South Carolina Department of Health and Environmental Control.

The World Health Organization promotes family planning, stating, “Contraceptive information and services are fundamental to the health and human rights of all individuals. …The prevention of unintended pregnancies helps to lower maternal ill-health and the number of pregnancy-related deaths.” The March of Dimes also supports access to preconception and prenatal care, including birth control counseling, education and services, “to ensure proper birth spacing and reduce rates of preterm birth and other adverse birth outcomes.”

Access to contraceptive counseling and equitable access to all FDA-approved birth control methods is critical healthcare for many women and families. However, 63% of South Carolina’s counties have been designated 100% medically underserved. Prior to the launch of our contraceptive access program, many low-income and uninsured women in these counties had nowhere to go, other than perhaps an underfunded county health department that offered a limited selection of birth control methods. Now, every South Carolina woman can obtain the birth control method she wants for free or low cost, no matter where she lives or her socioeconomic status.

Today, we have the tools that empower women and couples to decide if and when to have a child. We have the strategies to reduce maternal mortality, infant mortality, preterm births and low-birthweight babies. And we have the resources, thanks to The Children’s Trust and others, to educate and empower parents and fostering better childhood outcomes. What we’re missing in South Carolina is an ambitious, comprehensive and coordinated strategic plan to strengthen South Carolina’s women and families. I believe our state’s policymakers would welcome one, and it is needed now more than ever.

To be a contributing writer, fill out this form.