“We have to make it better, there are a lot of young people, a lot of children, that grow up under awful circumstances, you wonder sometimes how they make it,” he said. 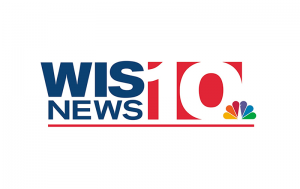 SC DSS data shows the department has already tallied at least five child deaths in 2021 where investigations have deemed “that child maltreatment more likely than not caused the child fatality.” Two of those deaths are in Richland County.

Since 2018, the DSS has tallied 109 “likely” maltreatment-related deaths in the state. In the fiscal year 2020, it counted 8,927 founded or substantiated, investigations.

“How do we help them, how they feel comfortable coming to us and saying ‘hey we need help’ and that’s not something that’s looked upon as stigmatizing or a weakness,” he said.

The department announced in September it was selected for a federal program that would tie in public and private agencies to help families. On Tuesday, Leach said the department is aiming to build support systems.

If you’re concerned about a child, you can reach out to the DSS to file a referral.