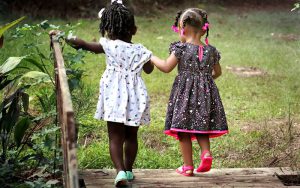 By Sue Williams, special to Statehouse Report  |  Each year thousands of children are served by state agencies because they’ve endured the tragic consequences of abuse, neglect or injury at the hands of adults in their lives. Other children receive services or care from the state because they are at-risk of such adverse experiences.

A small number of these children suffer a second trauma when they receive inadequate protection or care from the very agencies and services designed to serve and protect them.

Lasting solutions will not be a quick fix because the solutions are as complex and costly as the failures. Public outrage at high-profile tragedies and costly lawsuits have spurred lawmakers and the governor to expand funding for child welfare agencies and restructure the ways money is spent. Instead, this will be a long-term process, particularly at the Department of Social Services.

Investments in reform must be ongoing, evidence-driven and well-targeted. This is where the Office of the Child’s Advocate can make its long-term mark.

First, children in the care of the state will now have the right to submit complaints directly to the advocate, rather than the individual state agency they allege has wronged them. Similarly, the public will be able to report concerns about agency care for specific children directly to the advocate. In both instances, the advocate will investigate, review and monitor cases through to resolution.

Second, the advocate may initiate its own investigation of critical incidents, those actual or alleged situations creating significant risk of physical or mental harm to children. It may also review incident investigations completed by state agencies that serve children. This will identify instances where inaction, rather than mis-action, was the problem.

Third, and most important in the long run, the advocate is tasked with developing and promoting actionable reforms of the care and services that state agencies provide to children. This roadmap for improvement will be developed both from specific lessons learned in its own investigations and reviews of individual cases, as well the broad, systemwide examinations it is mandated to conduct.

The Office of the Child’s Advocate isn’t a quick or exhaustive fix. It is not a parallel process for serving those children, or a duplicative avenue for reporting suspected abuse or neglect. It is not a far-reaching ombudsman licensed to root out economic inefficiency or fraud. It certainly is not — and should not be — an effort to correct government failures merely through the further growth of government.

The advocate is a standalone watchdog narrowly concerned with the failures of state agencies to provide timely, safe and effective services to children. The model has worked well in many other states, including for our neighbors in Georgia, whose law was the basis of South Carolina’s legislation. The work does not replace the need for far-sighted reform to child-serving state agencies, rather it helps to enrich and guide it.